The store will not work correctly in the case when cookies are disabled.
The Frame-O-Rama Relationship 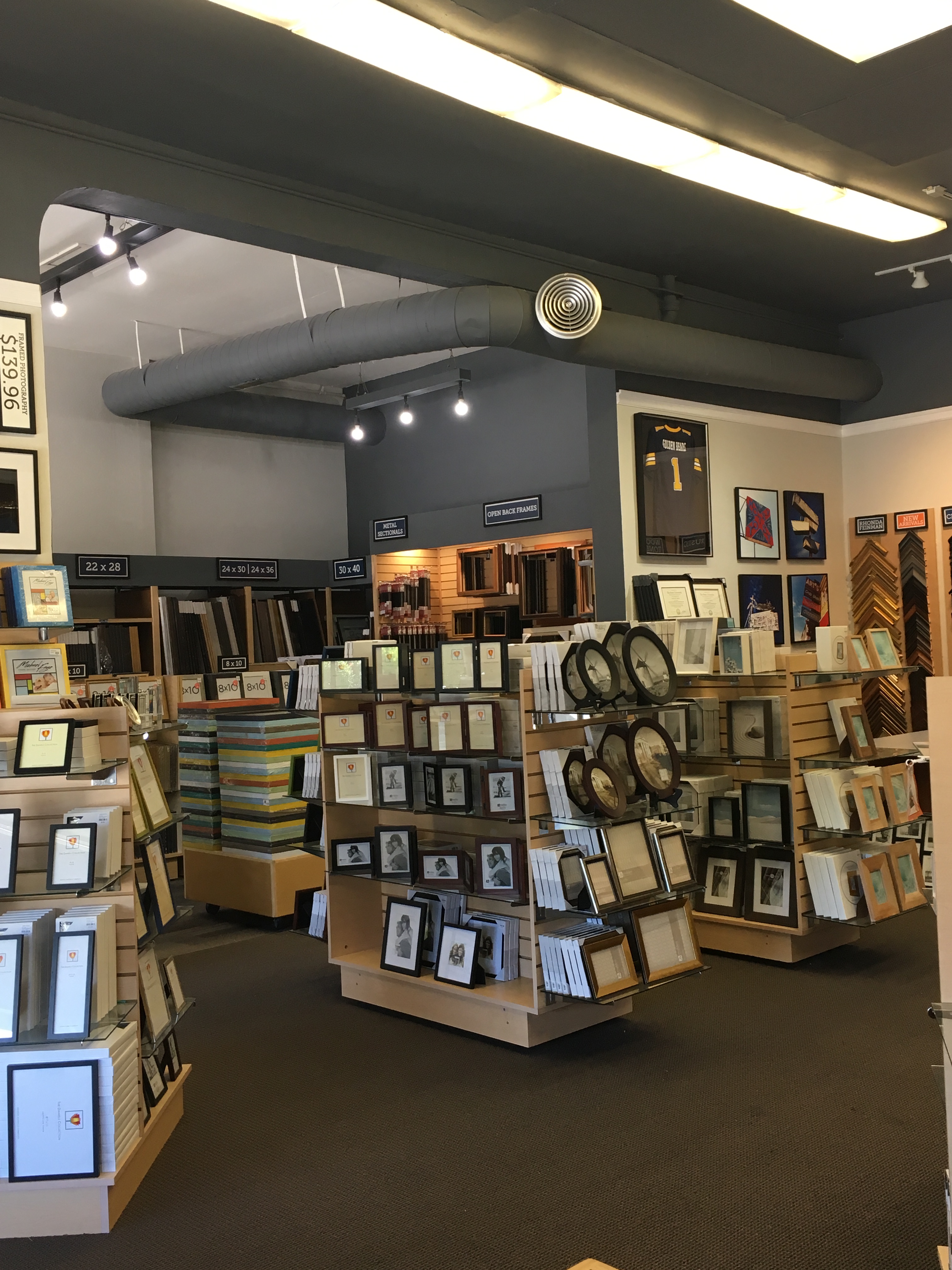 People have walked into our Berkeley store since it was changed over from a Frame-O-Rama to a Cheap Pete's, confused and a bit disappointed at the transition.  We had to assure them that everything was the same, that nothing was taken away, but that we’ve only ADDED more options, since Cheap Pete’s specializes in readymade frames and supplies.  So let’s discuss the Frame-O-Rama/Cheap Pete’s relationship…

You may or may not know that Frame-O-Rama and Cheap Pete’s are the same company.  Frame-O-Rama came first as a do-it-yourself frame shop back in the mid-70s and eventually became what it is today, a full-service custom frame design store that specializes in complex and delicate art preservation and display.  Cheap Pete’s opened in the late ‘80s and was Frame-O-Rama’s outlet for mis-cut frames, and as the years went on, began to sell overstocks and discontinued frames from readymade picture frame vendors. (Read our “Bay Area Built” post to see what we’ve started doing now!)

Over the past decade, Frame-O-Rama and Cheap Pete’s have referred to each other as their “sister stores” and the relationship was only that of referrals.  Due to their unique service offerings, Frame-O-Rama being oversized, complex, and high-end sorts of framing services and Cheap Pete’s being a wide range of readymade frames and supplies, customers were passed from one side of the company to the other side based on their framing needs.

We’ve been working hard to close the gap between the 2 divisions.  We’ve already widened the readymade frame selection at Frame-O-Rama by about 75%, and we’re still planning to add much more to their salesfloor.  When it comes to Cheap Pete’s, we’ve taken formerly Frame-O-Rama-only services and brought them in, like oversized framing (custom frames over the dimensions of 32x40) and custom component offerings (museum glass and acrylic, specialty mounts & more).  Not all Frame-O-Rama services and custom frame choices are available at our Cheap Pete’s stores, but now there’s been much added that may save many of our customers a trip to the sister store.

A Fusion in Framing

Our Berkeley store is a new model to our company, because it is essentially a fusion of Frame-O-Rama and Cheap Pete’s.  The need to change the store into a Cheap Pete’s was apparent due to the demand for “off-the-rack” ready-made frames, so we did an overhaul on the store to accommodate such an expansion in offerings.  We acknowledged, however, that we’ve had loyal clients for over 30 years coming to do their specialty framing with Frame-O-Rama, so we didn’t want to remove the wide range of Frame-O-Rama services and custom frame options.  So even though the name has switched over to Cheap Pete’s, our Berkeley store is really a Cheap Pete’s/Frame-O-Rama “superstore”.

With all the same services and selections, both for custom and in readymade framing, as well as the ability to get prints done (oftentimes while you wait!), the Berkeley store is the real one-stop-shop.