The store will not work correctly in the case when cookies are disabled.
Who's Framer Pete? 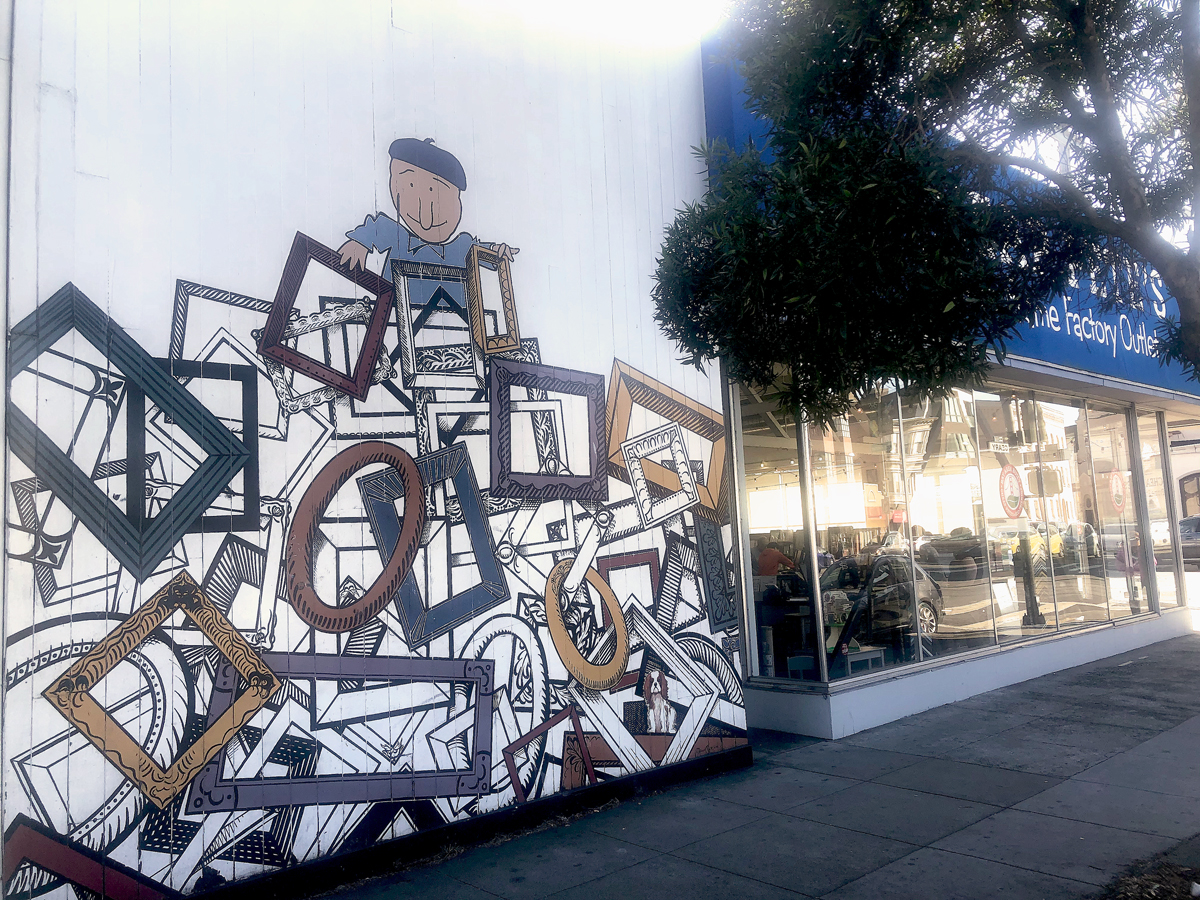 It's the 1st of 2017, and Cheap Pete's has been around since 1988. That's 29 years in business, and only now are we introducing you to Framer Pete? Kinda... It's 2017, a year that we here at Cheap Pete's Frame Factory Outlet are really excited about, because we've decided to join this fast paced generation of technology, e-commerce, and social media, and are also looking into the mysterious world of The Millennial!

We've been picture framing here in the San Francisco Bay Area for decades (originated from the 40+ year old Frame-O-Rama custom picture frame shop on Polk St. in SF), so the Bay knows us well. But now that we're online and even selling some of our products and services from our site, people across the country are beginning to hear about us. So allow us to formally introduce Framer Pete to the World Wide Web!

Starting off as a little guy with a t-square and ruler, Framer Pete took "oops frames" ([oo - ps freyms] noun, plural 1. Custom built picture frames that were cut and assembled at incorrect sizes) from Frame-O-Rama and sold them at hugely discounted prices out of a 1-car garage-sized storefront back in the late '80s. Those frames were so much cheaper than the original price that Framer Pete decided to call his new shop "Cheap Pete's".

Finding that people LOVED the high quality discounted frames, the small store front, filled with oops frames and select closeout frames from picture frame manufacturers, quickly expanded and moved into the current location at 4249 Geary Blvd in SF. It grew so fast and became so popular, he opened shops shortly after on all sides of the Bay, in Walnut Creek, San Mateo & San Rafael.

Over the years, the mountain of oops frames shrunk down (Frame-O-Rama's productivity and accuracy having gone up consequently made the stock of mis-cut frames go down), but the product offerings that Framer Pete & Cheap Pete's carried diversified, even offering custom framing at everyday lower prices than the competitors.

Fast forward to now… Framer Pete is still here, doing it ALL! It’s 2017 and Cheap Pete’s Frame Factory Outlet is at the forefront of the picture framing industry. Almost fully online (we’re adding products for sale as fast and furious as possible) and still going strong at our stores in the cities listed above, plus our NEW shop in Berkeley, we’re looking forward to growing even more and bringing in more types of frames and options.

That said, instead of carrying just oops frames we now carry and do most everything else related to picture framing, like:

If you’ve visited any of our 5 stores, you already know that the Cheap Pete’s spirit is that of fun and expertise. We try our darndest to offer the best quality framing at the best prices, so we can keep growing and spreading the word about the work that Framer Pete can do.

Here's to the new year! CHEERS!